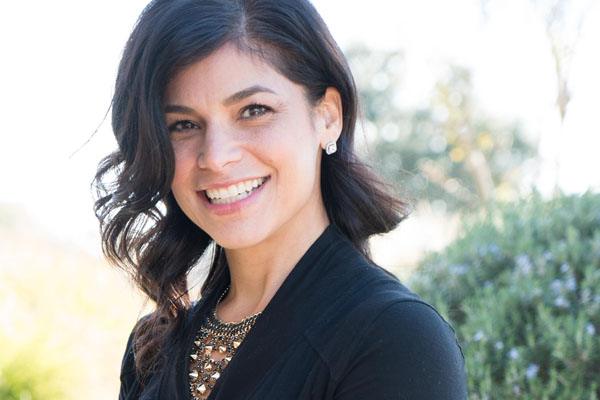 For most of her life, Gabby Barrera saw the hump-shaped bridge of her nose as a family trait, something that signaled her identity as a member of the Barrera clan. But after reaching her 30s, she saw the family facial feature as something that was too prominent on her face. That’s when she started thinking about finding a rhinoplasty specialist in Austin.

“As I got older, my appearance became more important to me,” Gabby says. “My face started to get thinner and it seemed like the hump became more obvious.”

She also thinks the increasing use of social media played a role in her decision to have surgery.

“People are on social media so much these days, taking selfies. I think that had a lot to do with it. The hump on my nose just seemed more obvious.”

Gabby, a single mom who works in the technology industry, says she began considering cosmetic surgery several months before having the procedure done in August 2013. She wanted to find a plastic surgery practice close to home, but she was surprised that a couple of practices expected her to make a commitment before she was even able to meet with the surgeon. Gabby quickly crossed those surgeons off of her list.

“One of my best friends had the same procedure done many years ago, so I spoke to her about it the most,” Gabby says. “As for researching plastic surgeons in Austin, I knew I wanted someone who was board-certified.” She continued the search online, but drew the line at previewing the procedure itself: “I did lots of Googling,” she says, “but I definitely did not watch the procedure on YouTube. That’s something I couldn’t handle doing.”

Once she met Dr. Kerr and discussed her concerns and goals, Gabby says he won her over with his undivided attention, and she knew she had found the right surgeon.

“My first meeting with Dr. Kerr went extremely well,” she says. “We connected right away. He’s easy to talk to and he answered all of my questions in ways that were easy to understand. I felt he really listened to what I wanted and that we were on the same page. It seemed like he had all the time in the world for me that day. I really appreciated that.”

Gabby prepared herself for the surgery and recovery by talking it over with her friend who had had rhinoplasty. She also read through the instructions provided by Dr. Kerr. Ultimately, she says, “It wasn’t nearly as bad as I anticipated.”

“I’m a pretty active person and exercise a lot, and I think this helps in the healing process,” she says. “I had minimal bruising and swelling, and I only had to take the pain medication Dr. Kerr prescribed for 2 days. After that, over-the-counter medication was enough.”

Dr. Kerr’s staff is top-notch too, she says, and it’s another reason anyone considering a cosmetic procedure — even something as simple as BOTOX® injections — should choose the Austin practice. There’s been virtually no staff turnover in the years since she first met Dr. Kerr, says Gabby, which she believes reflects how the surgeon treats his employees.

“He’s just a nice, down-to-earth person and an excellent surgeon.”

It often takes months for the final results to emerge after undergoing rhinoplasty surgery, but Gabby says she knew the surgery was a success from the moment Dr. Kerr removed the bandages a week after her procedure.

“My goal was for Dr. Kerr to create a very subtle change,” she says. “No one even notices, and it didn’t drastically change my appearance. It’s only something that I notice, and ultimately that’s all that really matters. To me, I think it made all the difference in the world.”