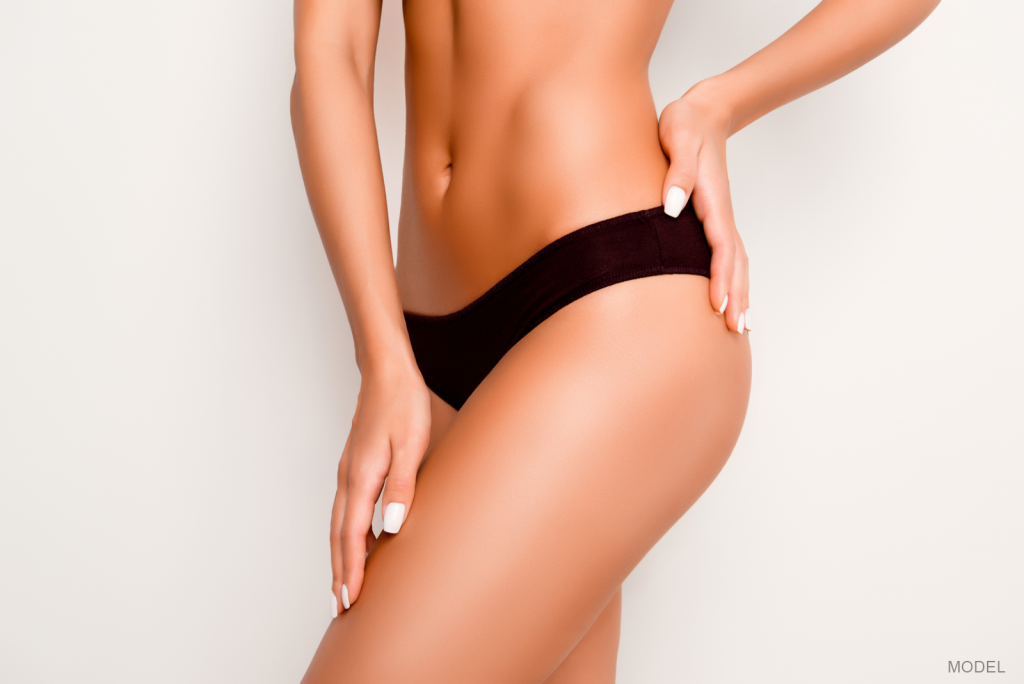 Few people who want flatter stomachs or toned thighs probably think much about the type of fat that’s causing unwanted bulges. But it can help to understand the different types of fat that accumulate in the body, especially if you’re considering cosmetic procedures to remove the fat. Surgical fat reduction is one of the most popular procedures at our Austin plastic surgery practice.

In last month’s blog post, I wrote about how we can transfer a patient’s fat for a range of cosmetic purposes, such as for a facial filler or to create augmented buttocks. In this post, I’ll describe the 3 most common types of fat, explain why liposuction is typically the best and most versatile treatment for removing fat, and discuss why exercise and eating a healthy diet is an important part of any fat reduction plan.

Fluffy fat is what causes a belly or thighs to jiggle. It accumulates between the deeper layers of the skin and the muscle and can typically be found in the midsection, and on the hips, thighs, and the back of the arms (“bat wings”). Women tend to accumulate fluffy fat more than men because it’s related to hormones signaling the body to store fat in case of pregnancy.

Best Treatment: Traditional liposuction (often called tumescent liposuction) targets fat below the skin. The surgeon performing liposuction at our Austin practice first saturates the fatty tissue with a saline mixture that includes both a local anesthetic to numb the area and epinephrine, a drug that constricts blood vessels. We may recommend using a special liposuction technique called SAFELipo®, which separates fat before it’s removed and then smooths the remaining fat layer to ensure consistent results.

Tougher than fluffy fat, fibrous fat accumulates in the same areas below the skin but can become more difficult to remove after being compressed by tight clothes. A good example are the rolls of fat that develop below bra straps. Fibers form between the fat cells, which makes it difficult for the body to use that fat for energy. This stubborn fat remains even for people who exercise regularly and watch what they eat.

Best Treatment: Again, liposuction can be an effective tool for fibrous fat. SAFELipo can be especially helpful because it separates fat from the fibrous attachments before the fat is removed. Because the fat isn’t sucked out during the separation step, the surgeon can more aggressively break up stubborn fat.

This type of fat accumulates below the muscles, surrounding internal organs in the abdominal area. This isn’t subcutaneous fat, and you can’t feel it when you “pinch an inch.” Covered by muscle, this fat isn’t effectively treated by liposuction or nonsurgical fat reduction treatments.

It’s important to remember that liposuction is a body contouring treatment, but not a weight-loss procedure. Before scheduling liposuction, you should be at or near the weight that you want to maintain. Liposuction can produce effective results, as seen in the before-and-after photos of actual patients in our gallery.

If you’re thinking about liposuction to reduce unwanted fat, you can contact us using the online form to request a consultation or call us at (512) 244-1439 to schedule an appointment.