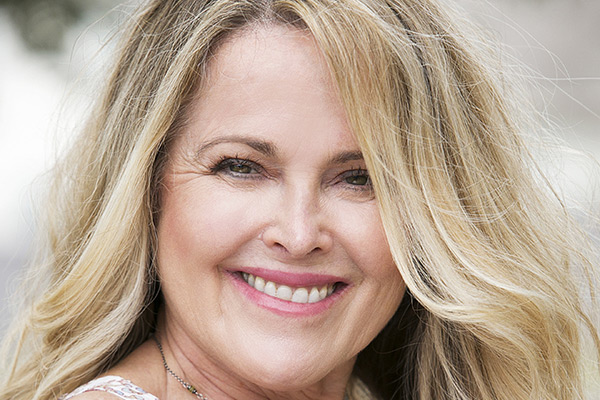 After having breast implants for 30 years, Ana was ready for a more natural look. That decision ultimately led her to Dr. Ross Blagg, one of Synergy’s board-certified plastic surgeons in Austin, TX. Ana chose Dr. Blagg only after doing “a ton of research,” she says.

“But in the end, a dear friend of my mine found Dr. Blagg and, based on her research, which included multiple interviews with other doctors, she went with Dr. Blagg,” Ana says. “Her results and relationship with him were outstanding, so I stopped researching other surgeons and made my appointment.”

Ana, who was 56 at the time of her surgery, described the consultation with Dr. Blagg as “a great experience. He is so approachable and caring. I felt a genuine connection right away.” Ana wanted her implants removed and, as is the case with most explant surgeries, the procedure also involved cosmetic breast reconstruction because the implants had stretched the tissue and breast skin.

Like most women considering cosmetic breast surgery, Ana spent hours looking at before-and-after photos on surgeons’ websites. Ultimately, though, she saw the outstanding results enjoyed by the friend who went to Dr. Blagg.

“I knew exactly what I wanted. I pretty much stopped searching.”

Married for 23 years to a retired police officer, who she calls “the best husband ever,” Ana owned Attitudes hair salon for 27 years. She now works in a salon the couple built at their San Marcos, TX, home.

“I discussed my plans with my husband, along with a few of my clients at the salon,” she says. “My husband was super supportive.” Even though there is less of a stigma surrounding plastic surgery than there once was, Ana says “the choice to get cosmetic surgery is very personal and each of us have our own reasons for choosing this path.”

Ana, who plays the violin and enjoys cycling, recalls feeling a bit nervous “but excited” on the day in July 2017 when she underwent the explant surgery. The first few days after surgery involved some adjustments, such as with sleeping, but Ana says, “that passes so quickly.”

“My husband was so helpful with drains, driving me to appointments, and just overall support. That was a big factor in my recovery as well. Looking back, recovery has different layers. The first 3 or 4 days may be a little fuzzy, but that’s probably a good thing.”

Working from home also helped Ana have a smoother recovery. “I was able to resume work, with lots of breaks, within a week,” Ana says. “That said, I also feel that rest during recovery is essential to healing efficiently, so taking time to rest is super important.”

As the weeks passed, Ana says she could see positive changes. It was at about the 3-month mark that she saw the final results really emerge.

“My results could not be any better,” she now says. “I look like what I did when I was 20, I look so natural. My husband also loves my results.”