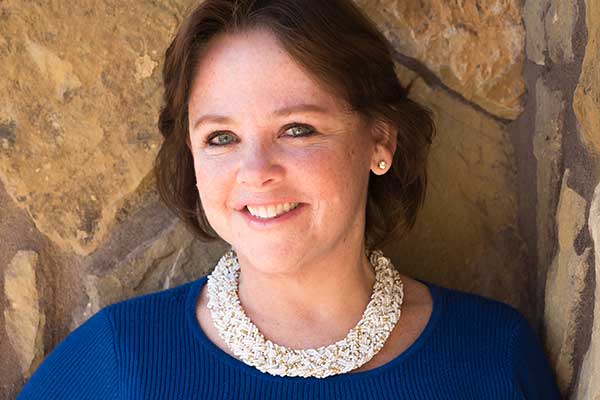 Suzie battled weight problems most of her life so, after turning 50, she decided to do something about it. In June 2013, she underwent bariatric surgery. A little more than a year later, she had lost 125 pounds. But her personal transformation wasn’t over. In a way, it was just beginning.

“I had lost 125 pounds, but I was left with all this loose skin. I had this big, flappy tummy. Never in my wildest dreams did I think I would have plastic surgery,” says the Austin-area real estate agent, “but that was really the only option I had.”

As part of a weight-loss support group in the community, Suzie spoke with a lot of people who had been in her situation and underwent plastic surgery after weight loss in Austin to remove the excess skin. She started looking into what was involved and attended a presentation sponsored by the support group featuring another plastic surgeon.

“He wasn’t a good fit,” she says. “I had heard so many good things about Dr. Kerr, and so I scheduled a consultation with him. After meeting with him, it was a no-brainer to select him as my plastic surgeon.”

After listening to Suzie describe her cosmetic goals, Dr. Kerr outlined a long-range surgical plan and detailed the timing of the procedures and what would be involved in each operation.

“I had been fat my whole life, and I worked so, so hard to get my weight off, and there were all these different cosmetic changes I wanted to do,” Suzie says. “But I knew that I needed to pace myself, and getting rid of this excess skin on my tummy and having a breast lift were definitely No. 1 on my list.”

“He’s got the whole package. He’s obviously very skilled, he’s got a wonderful bedside manner, and you can tell he’s passionate about plastic surgery. And when somebody’s passionate about something, you know they’re going to be good at it.”

Suzie says Dr. Kerr earned even more respect when he recommended not getting an arm lift.

“One of the things I wanted to change was my arms, or ‘chicken wings,’ as we call it,” Suzie says. “But Dr. Kerr said I was not a good candidate for that for a variety of reasons. I thought that was kind of cool. He could have made money by doing that surgery, but he just didn’t think it was a good procedure for me.”

Even though Suzie was satisfied “beyond my wildest dreams” with the outcome of her first operation, she thought it would be wise to do what she called her “due diligence” prior to her next procedure and scheduled a consultation with another plastic surgeon in the Austin area who was “very highly recommended.” The surgeon seemed like a great guy, she says, but she found it interesting that he would have agreed to perform the arm lift that Dr. Kerr advised against.

Ultimately, Suzie says, “it would have been crazy not to go back to Dr. Kerr” for the next procedure, which involved a facelift and breast augmentation.

The Round Rock mom says before getting a breast lift her breasts “were something like out of National Geographic,” referring to the sagging and lost volume following her massive weight loss. Now, she refers to them as her “miracle boobs.”

It was Dr. Kerr who recommended getting breast implants. She initially thought that would be useless.

“I didn’t even think there was a potential for them looking great,” says Suzie. “But once he lifted them and I saw the potential for how they could really look nice, at that point I decided to get breast implants. Now they look even better.”

“You would not know that I have implants.”

‘It Was a Very Personal Decision’

“Trusting someone with your face is even more important than choosing a plastic surgeon for a tummy tuck or breast surgery,” she says. “I’m really happy with the results because the changes are subtle. It’s still me, only better.”

She was worried about the pain following the facelift. But she says a paper cut she got hurt more than the facelift.

“It was really more uncomfortable and inconvenient than painful.”

As a single mom of a 14-year-old son, Suzie says, her personal journey required a lot of patience and soul-searching.

“It was a very personal decision,” she says. “I didn’t really want anybody else’s opinions.”

She trusted Dr. Kerr and says she couldn’t imagine having another surgeon perform the operations.

“I’ve decided that it’s not so much how I look to the world, but more about how I feel so good about myself now,” Suzie says. “Regardless of what the world sees, I feel wonderful. I’m more self-confident. I just feel amazing.”