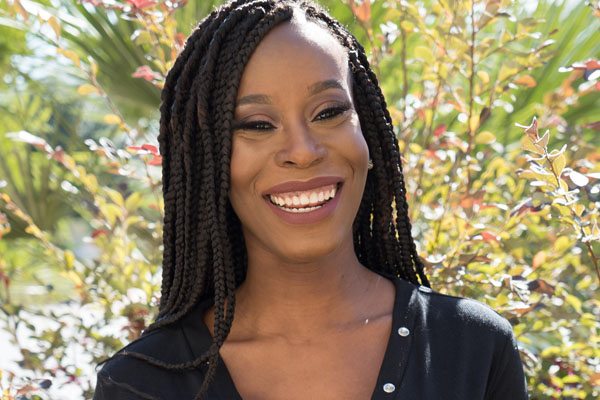 Women who train as competitive bodybuilders shed virtually all of their body fat. That can be a mixed blessing for someone like Tess, who says that the breasts “are pretty much the first thing to go.”

A petite woman with an 8-year-old son and a stepson, Tess says that despite the progress she was making in weight training, she experienced a sense of loss as her breasts got smaller and smaller. That’s one of the reasons she decided to undergo a breast augmentation and lift in Austin, Texas, with Dr. Mahlon Kerr.

“I was fairly big-breasted for my size, so I’ve always had that fullness,” Tess says. “But after having a child and then getting serious about lifting weights and bodybuilding, I kind of lost it all. It felt like something was taken from me, like something I have always had was gone.”

Uncomfortable Without Clothes On

Tess, 35, took up bodybuilding when she met her husband, who is also a bodybuilder. But even as her body became more toned and chiseled, Tess says she started feeling less and less confident around her husband. She became uncomfortable taking her clothes off in front of him.

“I’ve always been a pretty confident person,” she says, “So when I realized I was hiding from my husband, that’s when I said, ‘OK, I’ve got to do something about this.”

The first step was finding an Austin plastic surgeon.

Tess began researching online. She quickly discovered RealSelf, one of the most popular forums where patients post reviews of specialists and doctors answer questions posed by individuals considering cosmetic surgery.

‘Everybody Was Talking About Him’

“Dr. Kerr was all over the place on RealSelf,” Tess says. “Everybody was talking about him. He was essentially number 1.”

Those prevalent reviews and comments convinced her to schedule a consultation at Synergy Plastic Surgery with Dr. Kerr. She remembers when he walked in wearing cowboy boots.

“Everybody on RealSelf seemed to mention those boots and I thought to myself, ‘He really does wear those boots.'”

Tess says she knew immediately after meeting Dr. Kerr that she had found her surgeon.

“He’s amazing. He’s really sweet and very, very down to earth. He’s very knowledgeable and very easy to talk to. I wouldn’t recommend anyone else.”

Tess knew quite a bit about the basics of breast augmentation after researching online, but she still had some questions for Dr. Kerr about her specific case. First, she knew she needed a breast lift but was concerned about scars because she has a tendency to develop keloids. Keloids form when scar tissue grows excessively, developing into smooth, hard, raised growths that are cosmetically unappealing.

On keloids and all her other questions, Tess says, “Dr. Kerr answered my concerns right away. He said he first needed to examine me, but the fact that he responded quickly was very reassuring.”

Above or Below the Muscle?

Another issue involved Tess’ participation in bodybuilding. Competitive bodybuilders who get breast augmentation disagree on one of the key surgical decisions — whether to have the implants inserted behind or in front of the pectoral muscles. Tess said her online research left her undecided.

“That’s one of the things I was confused about because I couldn’t get a clear answer.”

Dr. Kerr recommended placing the implants under the muscle, even though the surgery involves cutting through it.

“It made sense after he explained it to me,” Tess says. “Plus, I saw some photos of bodybuilders with breast implants over the muscle and it didn’t look good.”

One of the concerns some women have about getting implants under the muscle is an extended recovery. Tess says her recovery was “fine”: She was back at work as a foreclosure supervisor for a mortgage company on a Monday, after undergoing surgery the previous Thursday.

Tess says she chose smooth, cohesive silicone gel implants with a moderate profile. The breast implants, which she chose from a variety available at our Austin practice, have restored her confidence.